I interviewed Waleed Saleh, a Yemeni native who fled his country after losing everything in the war. Currently, he works as a Lyft driver in the United States while fighting to reunite with his family in Yemen.

A Yemeni Native Drives Towards a Better Future

On the anniversary of the travel ban, a man who had to leave his family behind in war-torn Yemen continues to straddle two worlds.

A typical day for Waleed Saleh consists of 14 hours behind the wheel driving for Lyft, without a lunch break. He works to earn enough money, not to just pay his bills, but to send about 90 percent of his earnings to his wife and children stuck in war-infested Yemen. Two years and 6,000 Lyft rides later, Saleh still works tirelessly to ease the suffering of his family all while praying to have them here, in America, with him soon.

Prior to 2015, Saleh had a fairly successful business that did general trading, specifically for gas, oil and diesel services to foreign companies. His business allowed him to visit countries like China, Turkey, United Arab Emirates, and even the United States. With about 25 employees working for him, three cars, two houses, and a loving wife and children, it’s safe to say that Saleh lived a good life in Yemen.

In 2015, because of the surge of the Yemeni Civil War between the government, led by Abdrabbuh Mansour Hadi, and the Houthi armed movement, Saleh came to America as an immigrant. The war has devastated Yemen and uprooted its people creating the world’s worst man-made humanitarian crisis.

Warplane attacks destroyed Saleh’s city, demolishing his company and house. Houthi rebels threatened his life because of his work for the US Embassy and Marines. This was the tipping point, forcing him to flee Yemen in search of safety. The only one holding a US Visa in his family, Saleh got on the last plane for Jordan.

“I have only a couple thousand dollars that I could use to skip out of the country and find the right place to start my life again. That’s why I used my US Visa and I entered to the country for the second time but as a refugee.”

From Jordan, he boarded the flight that took him to New York. With the help of some friends, Saleh found a lawyer who advised him to apply for asylum, considering the war he escaped. His asylum plea was denied but he continues to fight to remain in the country.

Saleh searched for a job and found one working with Lyft in Philadelphia. He says that this job has given him the chance to talk with various people and improve his English skills over time.

Saleh sends about $600 monthly to his wife and children in Yemen. The money he sends covers schooling for his children, plus a water tank for cooking, cleaning and a few showers. The electricity only runs six hours a day, regardless of the amount of money he sends. He speaks to his children only about every three days or so, over a spotty connection, making his yearning to see them again even stronger.

“I really miss my kids a lot,” Saleh says. “It is almost four years I haven’t seen my kids. I’m trying to have them here. I’m doing my best.”

The Trump administration travel ban, successfully upheld in June 2018, includes citizens of Yemen. Despite knowing that his kids don’t have a safe and prosperous future in his home country, and being aware of the opportunities they’d have in America, Saleh also knows that until the travel ban is lifted, his children and wife won’t be welcomed into this country.

Saleh cannot leave until his asylum case is resolved because he knows how likely it is that he won’t be allowed back in. He keeps driving, hoping he will be allowed to make a permanent life in the US, and hoping that his family can join him here.

“Bismillah,” he says as he turns on his car. 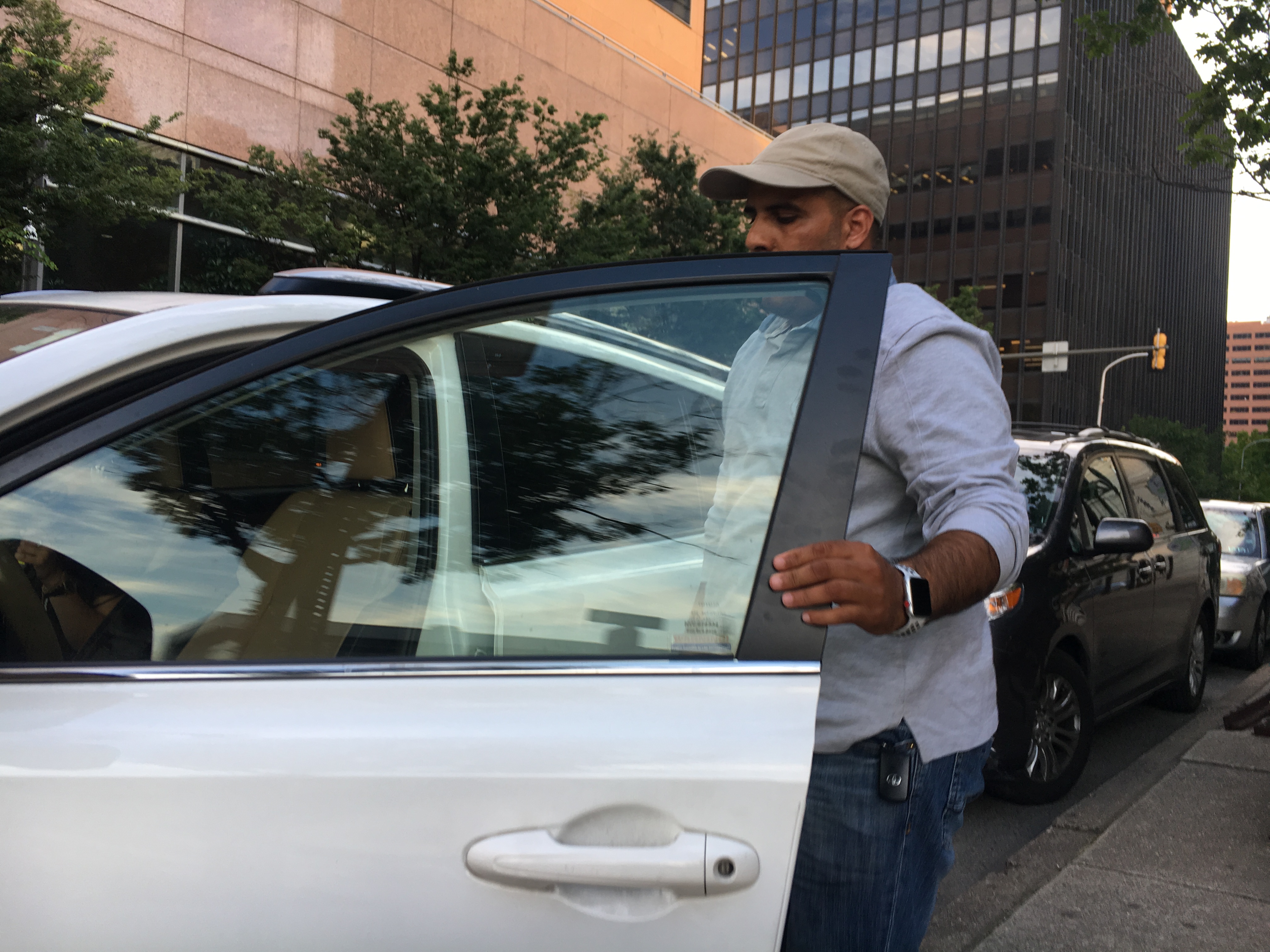 Waleed Saleh has been seeking asylum status in the United States since 2015 when he fled the civil war in Yemen.

Saleh’s journey began in his home country, Yemen. He took the last plane to Jordan. From there he flew to New York, then to California and finally, settled in Philadelphia. 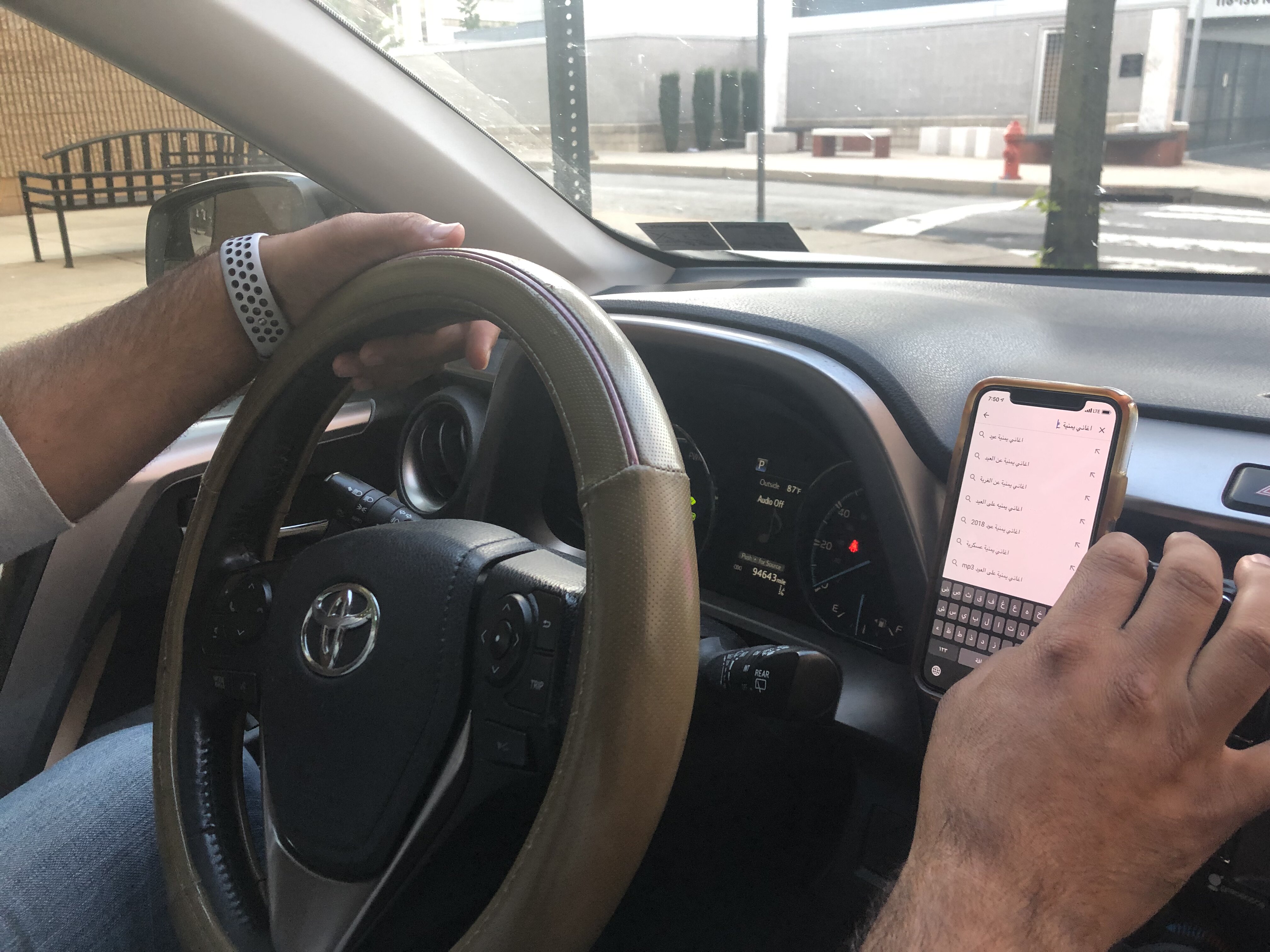 Saleh can only contact his children a few times a week due to poor phone and internet connections. 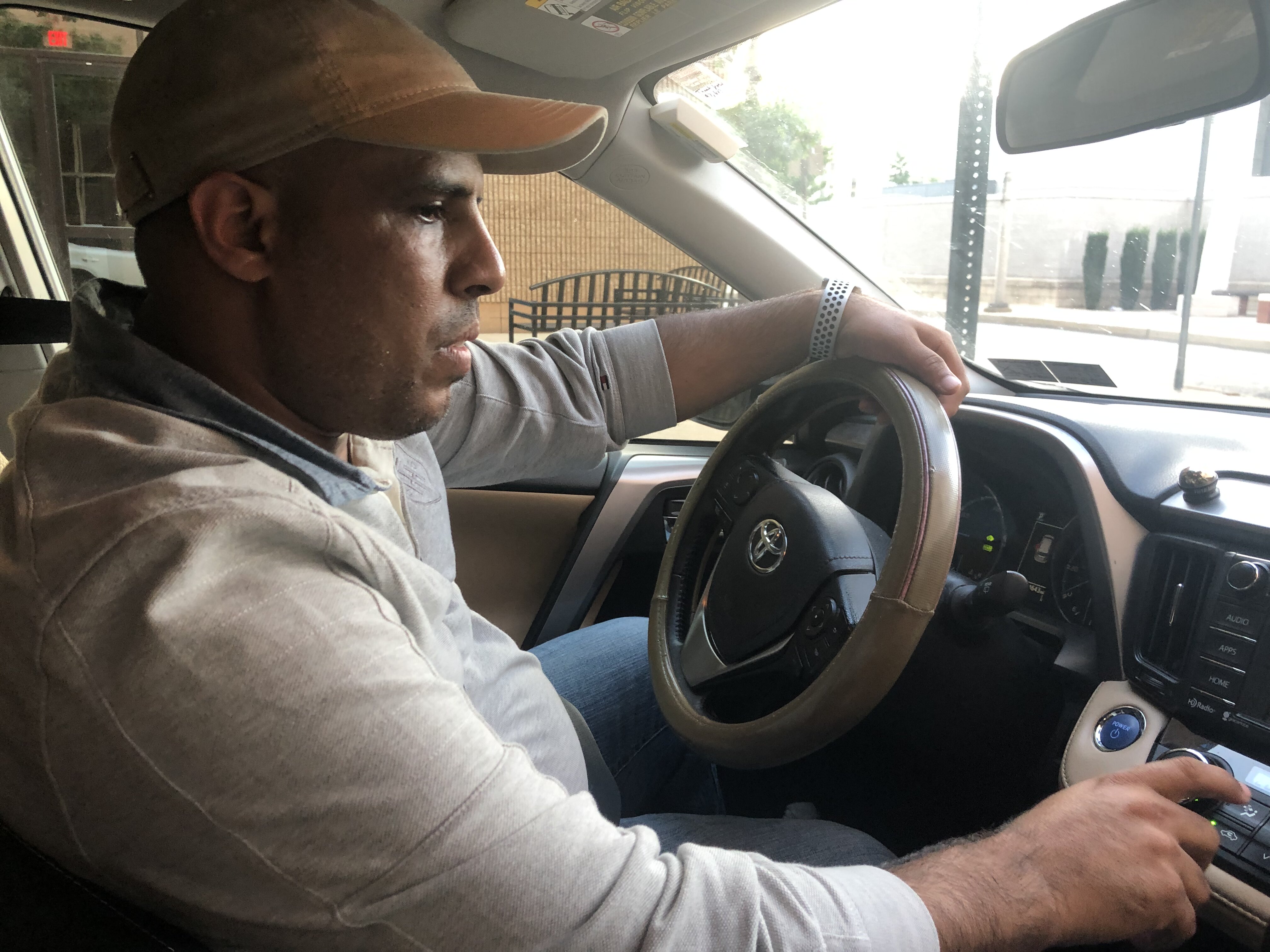 Saleh says he doesn’t mind driving passengers, “Because they like to talk a lot,” which helps him improve his English.

Saleh works 14 hours a day driving for the ride share service, Lyft. He sends most of the money he earns to his family in Yemen.

“As you see now I am just a Lyft driver. But I never give up.  I think I’m going to have the chance to prove myself in this country.”